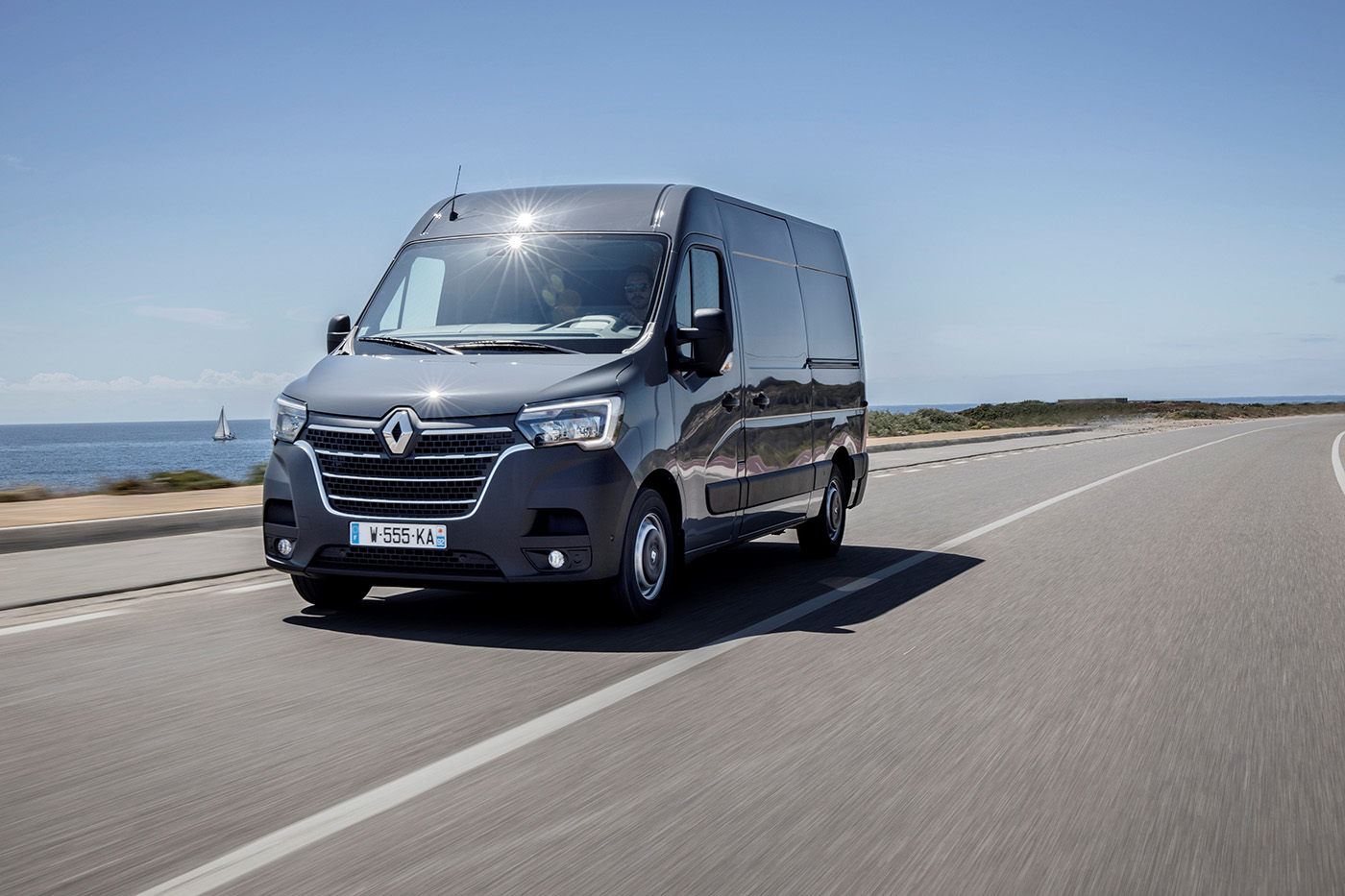 Renault has revealed the latest version of its big-selling Master van range which will be manufactured at the Batilly plant in France. The vehicle has been given a new look inside and out as well improved infotainment, new driver assistance systems and updated engines.

Since it was launched in 1980, 2.4 million units have been sold worldwide with the last incarnation of the vehicle, the Master 3, released in 2010.
The revised front visual identity boasts an elevated bonnet line, vertical front grille, C-shaped daytime running lights with a new opaque body paint, ‘Urban grey’ colour offered as an alternative to the standard white.

A new dashboard is the centerpiece of the fully revamped cabin which is sleeker and offers more functionality than the previous model with chrome inserts, new upholstery, a new streamlined ergonomic dashboard and a cockpit equipped with an enhanced mobile office. There's more storage with up to 105 litres available in open and closed storage spaces including a pull-out tray. The cabin now includes the MediaNav Evolution multimedia system navigation screen which is compatible with both Android and Apple and features a docking station for digital tablets.

In addition to the Lane Departure Warning, rear parking assistance and a reverse camera, the new model features additional driver-assistance systems (ADAS) for easy manoeuvring and safety. Rear view Assist offers a rear-view camera offering medium to long-distance rear visibility via a display on the upper part of the windscreen. Side Wind Assist technology provides stability assistance in the event of side winds This feature is activated when travelling at 45 mph and can correct up to 50 per cent of the vehicle’s lateral deflection in extreme conditions. Front parking assistance, Blind Spot Warning and the optional Advanced Emergency Braking System (AEBS), which operates both in urban environments and on motorways, also feature on new Master.

The new Master is powered by a range of 2.3 dCi engines which comply with the Euro 6d-temp / Euro 6d standards (depending on vehicle volume and mass) and are equipped with Twin Turbo technology. Power and torque are increased, with the respective maximums now being 180 hp and 400 Nm, yet fuel consumption has been reduced by up to 1 L/100 km (NEDC back-translated values). Depending on the version, these advanced engines can be coupled to either a six-speed manual gearbox or six-speed automatic gearbox.
The all-electric, zero-emissions-in-use Z.E. version continues to feature in the latest Master line-up. Ideally suited for city-centre last-mile deliveries, New Master Z.E. offers a real-world driving range of up to 75 miles and can be fully charged in six hours with the WallBox 32A / 7.4 kW charging station. It offers a sizeable payload of up to 1,100 kg.

The revised Master is available in 350 versions with three heights, four lengths and useful load volume of 8 to 22 m3. Payload and cubic volumes are similar to before, but Renault has added new LED lighting and grab handles to boost access.