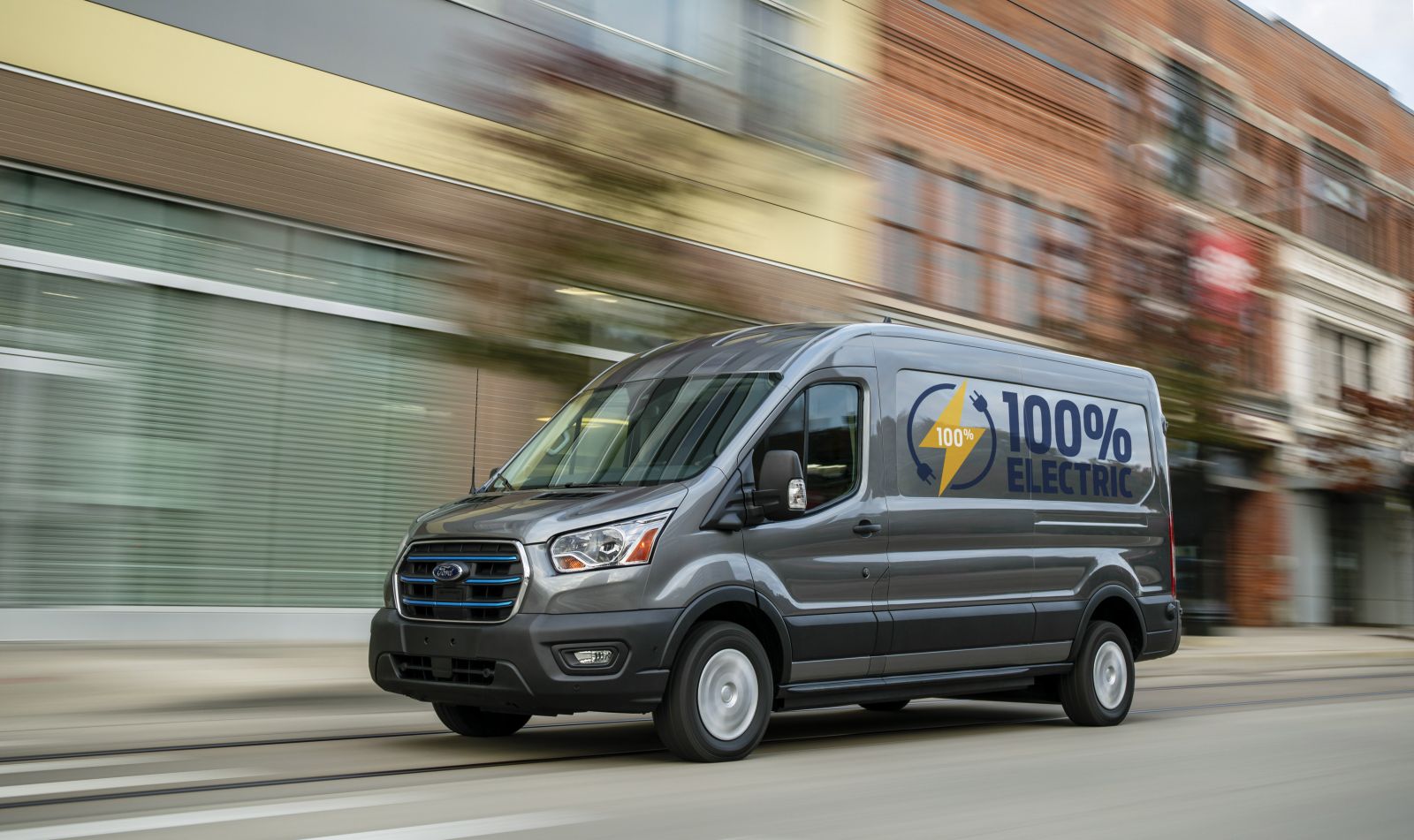 Ford has revealed the first-ever all-electric Transit van which is expected to be available in the UK in the spring of 2022.

The zero emissions E-Transit will be available in up to 25 different sizes with van, double-cab-in-van and chassis cab body styles, multiple length and roof-height options.

The vehicle will offer an estimated range of up to 217 miles on a single charge which Ford says is roughly three times the distance the average van driver covers daily.

The Ford E-Transit will be rear-wheel drive and powered by a 269PS electric motor, the most powerful one in an electric van sold in the UK to date, that draws its power from a 67kWh battery pack located under the loadspace floor. The van will feature AC and DC charging ports. A full charge will take 8.2 hours from a home 11kW wallbox, while a 115kW DC fast-charger will boost the battery from 15 to 80 per cent in 32 minutes.

There will be the option of a Pro Power Onboard system, which allows the vehicle to be used as a mobile power source, providing up to 2.3kW for powering tools and recharging equipment. It’s claimed to be an industry first, and is expected to be a popular addition. 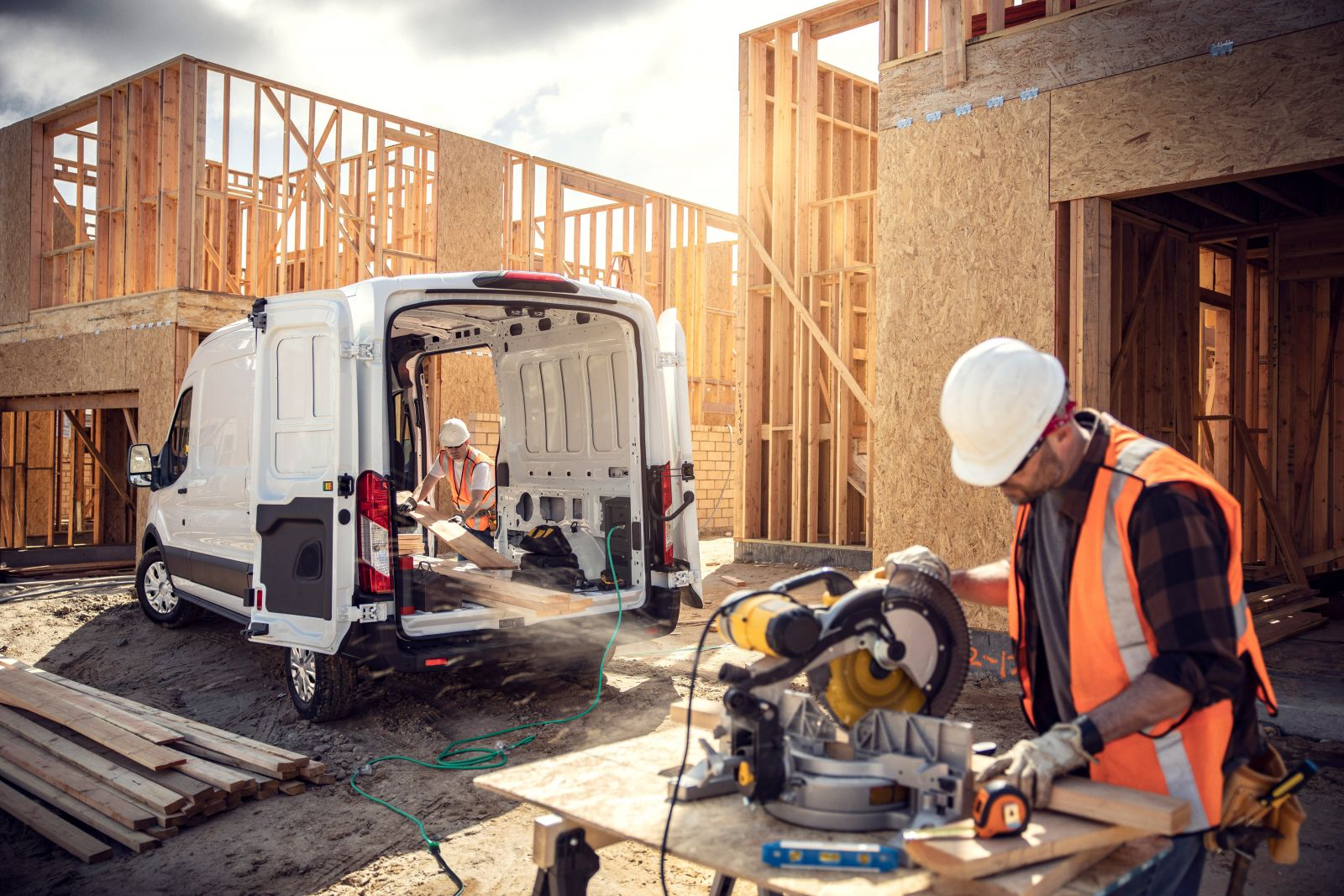 The E-Transit will provide up to 15.1 cubic metres of loadspace, while maximum payloads will peak at 1616kg for the panel van and 1967kg for the chassis cab models.

Inside, the electric van will feature Ford's new Sync4 infotainment system, a 12-inch touchscreen, voice recognition and online navigation. The battery and high-voltage electric components of the E-Transit will be backed by a new eight-year, 100,000-mile warranty package. Ford claims that the service cost of ownership will be 40% lower compared with the standard diesel Transit.

The E-Transit also features an eco drive mode, claimed to improve range by 8-10% in unladen driving by regulating acceleration, optimising the climate control and reducing the top speed.

It would appear the new electric transit is coming to the market at a time when people are ready to embrace the potential of green delivery. According to a new survey conducted by Ford in the U.S., U.K. and Germany, people are increasingly expressing openness to delivery services operated by electric vehicles. More than 68% of Brits care about the environmental impact of vehicles used by delivery services with more than half of respondents saying they’d choose an electric-powered delivery service over a petrol or diesel powered one if price and arrival times were the same.

Ford say “The world – and the way we power our vehicles – is changing. It’s why the time is right for a new type of Transit, something that remains the backbone of commercial business while serving both our community and the environment. Never has there been a better time to realize that doing the right thing is good for business – ours and yours”.

Going green will come at a price with prices estimated to start from around £36,000 which is around £10,000 more than one with diesel engine under the bonnet.